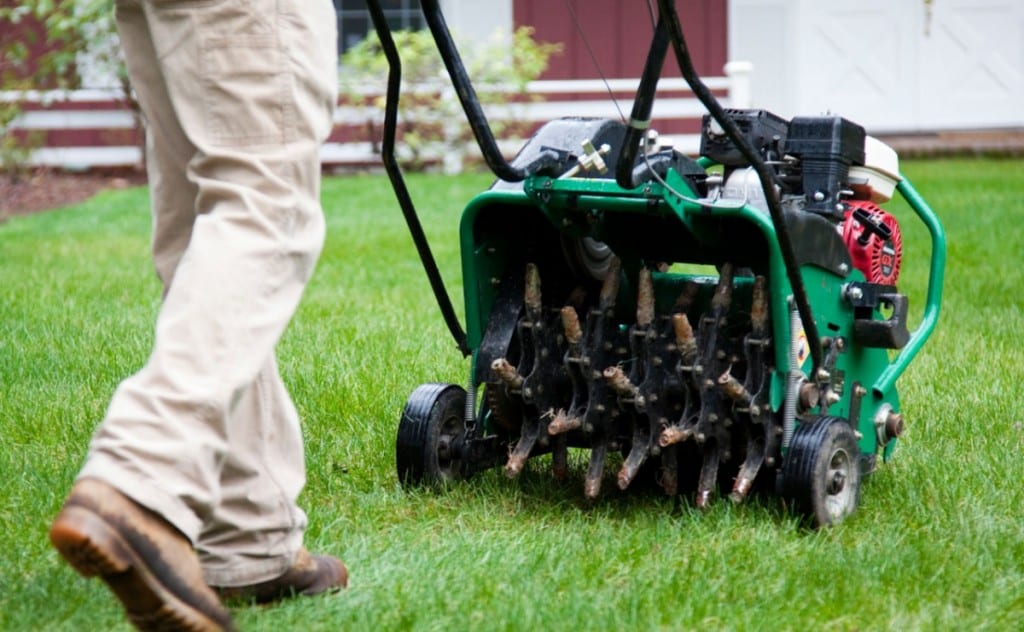 Core aeration is a vital part of maintaining a beautiful landscape. Core aeration refers to the act of promoting air movement & nutrient absorption in grass areas by perforating a lawn. One of the main reasons aeration is performed is to alleviate soil compaction and relieve grass stressed from summer heat. Timing is critical, though, for the health of your landscape perform within the fall season, but before it gets too cold.

It is important to note that aerating and core aerating are not the same thing. While each would perforate lawn surfaces, the method of doing so determines the effectiveness. Take for example the aeration shoes (spiked sandals which are to be used to walk your landscape). The solid spikes penetrate the earth and push the particles out of the way, effectively further compacting the ground. Core Aeration however uses hollow spikes reciprocating in a vertical mower that go much deeper and remove a plug of earth, depositing the plug onto the surface; It is this proven method used by LCM PLUS.

Turfgrass thrives in the cooler months of fall, with the best growth happening during this period provided that the landscape has been properly cared for. As the cooler temperatures creep in, lawns begin to develop stronger root systems in preparation for the winter. Fall aeration works with the freeze cycle to prepare for aggressive development the following spring. Heavily compacted soil, or soil whose 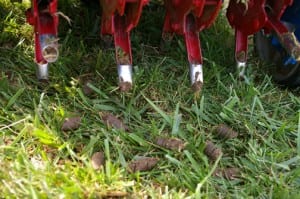 naturally occurring benefits have been exhausted, will inhibit root growth thus undermining the ability of the lawn to receive the nutrients it requires to recover lost resources from summer stress. Often times lawns that are driven on frequently,  have moderate foot traffic, or newer contraction subject to heavy machinery being driven around are subject to higher than average compaction rates.

LCM PLUS provides core aeration services in conjunction with fertilization and overseeding. As the plugs are removed, season-appropriate fertilizer and grass seed is broadcast over the lawn areas. This ensures maximum soil to nutrient & seed contact and from there, the 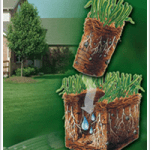 plugs of organic matter dissolve back into the earth. As this happens the number of microbes responsible for thatch decomposition increase along with incredible stimulated growth from the increased air & nutrient exchange. What results is a lawn that has improved uptake, better resiliency, enhanced tolerance, and less run-off or puddling.

Core Aeration has many benefits and should be performed annually, when in conjunction with the necessary fertilization and overseeding. Contact LCM PLUS today to schedule your core aeration!